The Blog is Dead. Long Live the Blog!

As you may have noticed, this little corner of the internet hasn't seen a lot of activity lately. The bad news is that I've decided to wind this blog down. The good news is that I've got a new home on the internet! You can check out my latest writing here. I've been writing one story every month or so, and I'd love to know what you think.

Why the change? Here are a few reasons:

I Wrote A Book!

Hello friends! In case you haven't heard the news, I released my first book this month. You can order it on Amazon here. 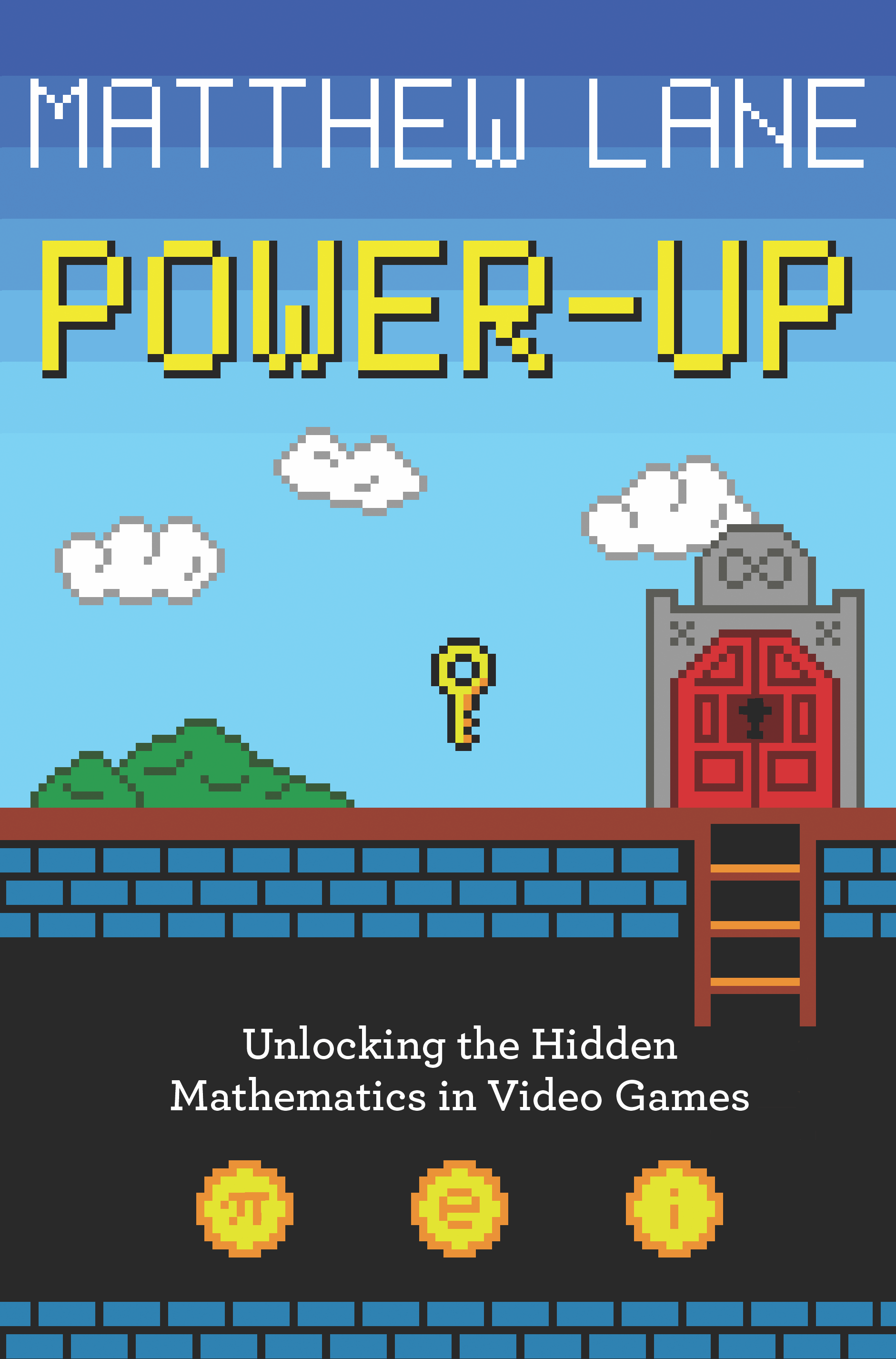 The book started as basically an extension of this blog, though with a narrower focus. While I've tried to use this space to explore the intersection of math and pop culture in general, the book focuses specifically on the search for interesting mathematics inspired by video games.

It's been a labor of love, and part of the reason why my musings over here have dwindled over the past few years. But now that it's out, I'd love for you to read it and let me know what you think!

I'm proud of how the book turned out, but don't just listen to my biased opinion. Here are some other reviews:

My good friend and former work-associate Chris Lusto recently set off a flurry of Twitter activity when he shared some of his thoughts on curriculum development in a post titled Lessons for Other People (he's since written a follow-up, Git Push). These posts have sparked a lot of interesting conversation, and have inspired me to share some thoughts of my own.

In the interest of self-containment, let me begin by trying to summarize Chris' main argument. First, some background: Chris and I both spent a not-insignificant share of our professional careers writing math curriculum at Mathalicious. Writing curriculum is a lot of fun, but is also hard work, especially when you're trying to write for an audience larger than yourself. Different teachers may be looking for wildly different things: one may want something highly scaffolded while another wants something more open-ended, one may embrace a lesson on Cheetos while another may not...the list goes on, and on, and on. And on. Seriously...

This post is the second part in a series. If you haven't ready the first part, I'd highly encourage you to do so.

Last time, we discussed four different strategies for cracking the Fallout 4 hacking mini-game. As you may recall, our four strategies are as follows:

We also looked at an example for which these different strategies yielded different guesses. So, if these strategies really are so different, which one should we choose?

Let's answer this question experimentally. There are a couple of different metrics we could use to determine the "best" strategy. One way would be to calculate what percentage of the time each strategy is able to identify the password in four guesses or fewer (remember, in Fallout 4, you only have four guesses...

If ever you've wished to experience a 1950's aesthetic combined with a post-apocalyptic landscape filled with death and decay, then the Fallout series may be right up your alley. What began with the well-received release of Fallout in 1997 has since evolved into one of the most popular video game franchises around. The latest entry, Fallout 4 was released last year to critical and commercial acclaim. Here's just one sample of the praise lavished on this game (NSFW, unless you're allowed to watch monsters get shot in the face at work):

Fallout 4, like many of its predecessors, features many sidequests and mini-games meant to hold the player's attention long after the main campaign has been completed (or, depending on play style, to postpone completion of the main campaign for as long as possible). The one I'd like to talk about today is the hacking mini-game, in which players attempt to "hack" computers in order to find loot or unlock secrets near their location.

I've written about my (not super positive) feelings towards π day in the past. I don't want to rehash those arguments; if you're curious, you can read some of my thoughts here, here, and here.

At the same time, I feel less curmudgeonly these days, and if your idea of a good time is memorizing a sequence of numbers and reciting them or putting them to music, more power to you.

But if we're going to let π steal the limelight from other deserving irrational numbers, let's at least explore something more interesting than its decimal expansion. Here, I'd like to provide a little visual aid for exploring a proof of the irrationality of π.

For Blockbuster Movies, Is Winter the New Summer?

When I was in high school, I very much wanted <a href="http://www.imdb.com/title/tt0120915/" target="blank">Star Wars Episode I_ to crush <a href="http://www.imdb.com/title/tt0120338/?ref=nvsr1" target="blank">Titanic and become the highest-grossing domestic film of all time. Even though Episode I was, by most acccounts, terrible, I still paid to see it several times in theaters. Alas, my efforts were in vain; the film didn't even come close to toppling Titanic.

What a difference a good Star Wars movie makes. It only took 15 days for The Force Awakens to cruise past Titanic's domestic total, and just 20 days for it to surpass Avatar as the highest grossing domestic film of all time. (Though these numbers are not inflation-adjusted; if we adjust for inflation, The Force Awakens has passed Avatar, but not Titanic).

If you consider what are now the top three highest grossing domestic films of all time, you may notice a pattern. Despite summer being well-known as the season to release...

Now that baseball season has ended, I find myself going through withdrawal. And with spring training several months away, I need something to fill the void left in my heart. To that end, let's take a moment and look back -- with a mathematical eye, of course -- on the 2015 World Series.

In case you missed it, Game 1 was one for the record books. The New York Mets and the Kansas City Royals duked it out for 14 innings. This was long enough to take the crown for the longest Game 1 in World Series history (though it tied Game 2 in 1916 and Game 3 in 2005, which were also 14 innings long). Here are the highlights:

Even before Game 1, many pundits predicted that the series would last a full seven games. For example, all 5 members of the CBS Sports staff polled in this article predicted a seven-game series, though they were split on which team would emerge victorious.

It shouldn't be surprising, then, that after Game 1 analysts maintained their faith that the series would be a long one...

Because of this relatively low bar, I've played a variety of card games. And some of these games have sparked interesting mathematical questions. If you've taken a probability course, for instance, you may have explored the intersection of cards and mathematics a bit. Maybe you had to calculate the probability of being dealt a full house in poker, or of busting in a game of blackjack.

But mathematics exists even in card games that don't typically come up in math class. And just because a deck of cards doesn't have any numbers on it, that doesn't mean it should be exiled into the realm of the non-mathematical.

To prove this point, consider Cards Against Humanity (or, if you'd prefer, its more family-friendly predecessor: Apples to Apples). In order to understand the rules of the game...

I would start off by apologizing for the clickbait-y title, but I'd rather not take any of the blame. Instead, I'll use Numberphile as a scapegoat, since one of their most recent videos inspired both the title and the content of this post.

The video in question is titled Why 1980 was a great year to be born... but 2184 will be even better. Like many who are mathematically minded, I couldn't help but watch. In the video, Matt Parker talks about a mathematical property of the year 1980. If you've got a few minutes, here's the full video: