Another year, another night of dressing in costumes on a quest for candy and/or debauchery.  In previous years, I've tried to encourage mathematically influenced Halloween costumes (see here and here), and so if for no other reason than the sake of consistency, this year will be no different.  Here are some new ideas for 2010:

This costume idea was suggested to me in the comments section of last year's list.  Known and loved by children and adults alike, this costume would give the wearer ample opportunity to teach children about the wonders of math.  If you're one of those people who give out pennies or toothbrushes, though, I would caution you against this costume decision, since the combination of a lack of candy and an insistence on discussing mathematics may dramatically increase the likelihood of you being at the receiving end of a "trick." This dude can totally count to 1.

Then again, one way to strike fear into the hearts of children while simultaneously dressing up as your favorite mathematically-themed Sesame Street character would be to purchase the amazingly creepy Count costume pictured below.  If you feel like your children watch too much Sesame Street (and if you have $1500 to spare), I would especially encourage you to pick up this costume, since after seeing it, I'm sure they will be traumatized for at least a significant portion of their remaining childhood. If you count incorrectly, this dude will totally exsanguinate you.

Given the success of last year's film Sherlock Holmes, and the promise that his nemesis Professor Moriarty will play a prominent role in the upcoming sequel, this year seems like a good time to beat the rush of eventual Moriarty impersonators and do the costume yourself, before the film dictates how the man should look.

It's not clear to what extent the next film will play up Moriarty's mathematical talents, but according to the source material, those talents are substantial.  Moriarty first appeared in "The Final Problem," in which he was described by Holmes as follows: "He is a man of good birth and excellent education, endowed by nature with a phenomenal mathematical faculty. At the age of twenty-one he wrote A Treatise on the Binomial Theorem, which has had a European vogue. On the strength of it he won the mathematical chair at one of our smaller universities, and had, to all appearances, a most brilliant career before him."  One could feasibly portray Moriarty at any stage of his development - the youthful mathematician with a bright future, or the elderly criminal mastermind who has used his powers in mathematics for evil.  As long as the costume fits the period, this one is open for some interpretation (at least, for now).

This pun on the familiar Möbius strip may be appropriate if you are one of those people who believe that Halloween is an excuse for you to dress like a draggle-tail.  For women (or men!) who share this belief, there are many options at your disposal - here is one garment that may help set you on your way: If you are a fan of Möbius strips, but not a fan of dressing provocatively, I would encourage you to not give up hope.  Certainly there must still be a way to incorporate this object into your costume (you may have to lose the wordplay, however).  Here is a charming Möbius strip scarflet, for example, that could perhaps be one component of a larger, geometrically influenced piece. 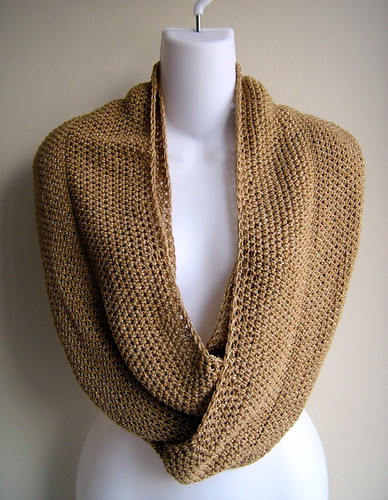 Artist Nick Cave has inadvertently created what I think may be the best costume of this group, especially if you will be spending the evening with your avant-garde friends for whom traditional costumes are a bore.  If you haven't heard of Nick Cave, here is a snipped from the article that features the proposed Abacus face costume: "Nick transforms found objects into what he calls 'Soundsuits.'  These suits are not just sculptural works but meant to be worn.  Imagine wearing one of these to the next costume party you attend? Performers inside the suits emit noises, hence the title 'Soundsuits.'"

With that in mind, please feast your eyes on Abacus face: 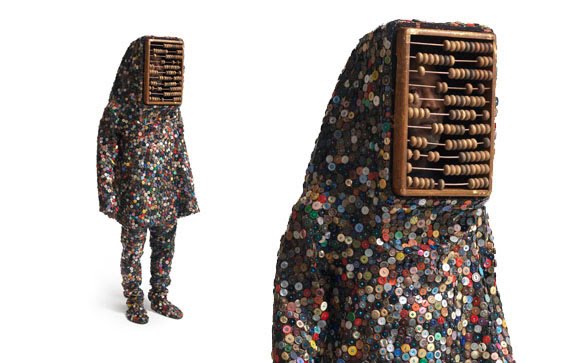 While it may be hard to eat or drink during festivities while wearing this costume, I think this is more than made up for by the fact that you'd have an abacus on your face.  Also, if you are really enthusiastic, I'm sure you could think of ways to modify the body covering so that it incorporated even more mathematical objects.

In the end, there are plenty of options for you as you try to decide on a Halloween costume.  If you are looking for something mathematically influenced, I hope you have found some ideas here (or in articles from year's past).  If any of you have any additional costume ideas, please let me know!

(Hat tip for Meg for finding Abacus face.  Double hat tip to anyone who sends me a replica.)