Nicolas Cage commands a powerful fan base.  On the one hand, this should be expected of any man with the foresight to see how awesome a film The Rock would turn out to be, but on the other hand, some of his more recent outings (I'm thinking of Bangkok Dangerous, Next, Ghost Rider, and Knowing) have met with less than critical praise.  Nevertheless, support for Nicolas Cage has, from my perspective, only seemed to grow over the past few years.  Perhaps it's because of the National Treasure series, or because, according to Wikipedia, he named his youngest son Kal-El after Superman.  Or perhaps people feel sorry for him because of his tax problems after spending too much money buying castles and islands.  Whatever the case, this love for Nicolas Cage manifests itself in a variety of ways, from the usual fan sites such as cagefactor.com, to the less standard celebrity homage known as Nic Cage as Everyone, in which the faces of celebrities are replaced by Cage's charming mug. 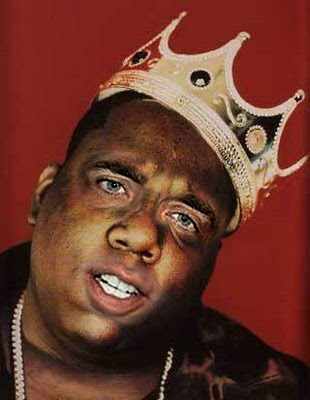 For purposes of this discussion, however, I will try not to get pulled into the ocean of Nicolas Cage adulation, and will instead try to focus on the mathematical content in his 2009 film, Knowing.  This turns out to be a fairly simple task, as you will soon see.

In Knowing, Cage stars as John Koestler, a professor of astrophysics at MIT (already, the potential for mathematics is promising).  He is a widower with a young son, named Caleb, who goes to a nearby elementary school.  Near the beginning of the film, Caleb's school holds a celebration in honor of its fiftieth birthday, and as part of the festivities they unearth a time capsule that was buried 50 years prior.  The time capsule is filled with drawings from former students, but Caleb gets a little short-changed: instead of receiving paper with a drawing, his paper just has a long sequence of numbers.

As might be expected by the presence of a long list of numbers, Knowing is less concerned with math than it is with numerology.  Don't let John Koestler's profession fool you - aside from one scene in the classroom where you can spot Maxwell's equations if you know where to look, there is very little in the way of mathematics in this film.  But the more important question to ask is whether this is a bad thing.

While the lack of mathematics may make the trailer seem a bit disingenuous, Knowing is aptly named in the sense that it knows the film's conceit has nothing to do with mathematics.  Unlike a film such as Pi, which attempts to pass off numerological voodoo as actual mathematics, Knowing is very much aware that Koestler's analysis of the numbers from the time capsule does not constitute research in mathematics.  At one point his colleague even points this out to him, saying "Whoa. Just step back. Have another look at it! Systems that find meaning in numbers are a dime a dozen. Why? Because people see what they want to see."

Another difference between this film and Pi is that here, the pattern of the numbers is discovered fairly early on, and it becomes quite predictable.  There is less mystery in the numbers themselves than there is in how a schoolgirl 50 years ago came to write the numbers down.  Thankfully, the answer to the latter question is resolved as well (spoiler alert: it all has to do with angel aliens).

Does this film pertain to mathematics?  Not really.  But nor does it aspire to be.  In that sense, then, I would certainly consider this a better film than Pi.  Should they remake Pi with Nicolas Cage, however, all bets are off.