Mariah Carey Is not a Mathematician

This may come as a surprise to some of you, but it has come to my attention that Mariah Carey is not, in fact, a mathematician. Moreover, I'm fairly certain she is not a physicist, either.

The evidence is fairly compelling. According to this article from sfgate.com, the famous crooner misappropriated Einstein's famous mass energy equivalence formula E = mc2:

Forgetting for a moment the question of what it means for Mariah Carey to be one half of emancipation, there is the arguably more important issue of her not understanding the difference between mc2 and mc × 2. Granted, Mariah Carey didn't get this far based on her math skills, but by botching what many consider to be the most famous equation in mankind's body of knowledge, it's hard not to shake your head a little bit.

Perhaps the interviewer caught her off guard, when she was too focused on deeper mathematical questions. Or, perhaps Mariah Carey has defined a new measurement of velocity, called the Mariah, which is equivalent to one half of the speed of light - with these units, of course, the expressions mc2 and mc × 2 coincide. Unfortunately, Occam's razor forces me to confront what is most likely the ugly truth: MC just doesn't know her math.

"So what?" you may say. "People don't like her because she's good at math." That's a fair point. And while I enjoy a good laugh at a pop star's expense just as much as the next guy, what may be even more troubling than her comment are the comments from everyday folks responding to the story, some of whom display a fundamental lack of mathematics knowledge that rivals Carey's own. For example, we have the following:

Where has America's math education gone? Wherever it is, it certainly isn't in the realm of pop culture. 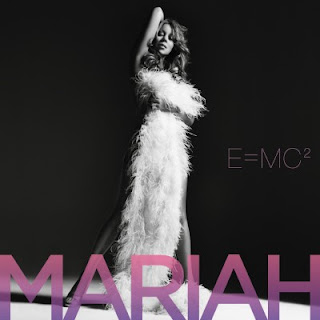 Hey Einstein, do you like apples?
Well, Mariah Carey took your formula.
How do you like them apples?