Math in the News: My, What a Big Prime You Have!

Math made headlines again last week, with the announcement that the Program in Computing, a subset of UCLA's Math department, had discovered a prime number with approximately 13 million digits. Among other places, this announcement could be seen on the front page of Yahoo! News - if you missed it, here's the link. This discovery gives rise to some natural questions, which I will try to address here:

2) Who cares about big primes?

3) Is this what mathematicians do all day?

The first question is the easiest to answer. In short, a 13 million digit number is very, very large. This link displays the beginning and ending string of digits that compose the newly discovered prime, and for those of you with some time on your hands it also has a link to the full text of the prime midway through the page (the page with the full printout of the prime takes up 16.73 megabytes).

To give another sense of perspective, suppose you read the digits in this prime out loud. Assuming you read aloud at a fairly steady pace (say, 2 digits per second) it would take you about 2 1/2 months to read through the entire prime (this is assuming, of course, that you do it all in one go, with no stopping for sleep, food, or other frivolities). 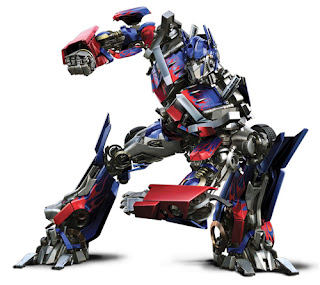 A pretty big prime. Just not as big
as the one discovered at UCLA.

As for the second question, why should anyone care that a group of people found a really big prime number? Of course, it is well known that there are infinitely many prime numbers, so it's not unexpected that there exist really big ones. Given that there are infinitely many, why should we care about finding specific ones? Isn't it a little bit like trying to see how far you can send an astronaut into outer space? What's the application?

Well, there isn't much. The most significant application of prime numbers is to cryptography, more specifically, public key cryptography (those interested can begin to further investigate this connection here). Other than that, though, there really is little in the way of applications for the discovery of large primes. Enthusiasts will say that the search for large primes is akin to the quest to climb Mount Everest, or the desire put people on Mars. Such people, when asked why we should look for large numbers, may appropriate the words of George Mallory and reply, "Because they are there."

However, while the search itself may not have applications, the techniques used to aid in the search often do. It has certainly been the case many times in mathematics that mathematicians will develop a theory with no concern for any practical application, and it may not be until several years or decades later that an application emerges for the theory which has been developed. Perhaps those of you who are not enthusiasts can take solace in this fact.

A summary of other common reasons why people may search for large primes can be found here.

As for the last question, the answer is a resounding "no!" - this is not what mathematicians do all day. There is a FAQ on the discovery of this latest prime, written by Edson Smith, who headed up UCLA's quest. At the beginning of this FAQ, he makes sure to point out that he is a systems administrator and not a mathematician - and indeed, this result may be of more interest to computer scientists than mathematicians, because of the computational methods used to discover this prime. Or maybe not - not being a computer scientist, I can't say.

Prime numbers are something everyone learns about in grade school, and for that reason a result such as this generates excitement because it involves current work, but it can be explained to a non-mathematician very easily. For this reason, it may seem like the general population is getting an insight into the secret work that we do. However, this work bears very little resemblance to the everyday research of most mathematicians.

As an achievement in computing, it is certainly worthy of applause. But for those of you who think you have learned just what it is we mathematicians are doing, I'm afraid this result gives no indication of how far the rabbit hole goes. To get a sense for this, I would encourage you all to take more math classes. It is never too late to learn more math!