Math in the News: Counting without Language

Last week, some of you may have seen this article about a study on Australian aboriginies. The study suggests that, even without having the language to describe numbers, the human mind has an innate ability to count and differentiate between numbers. 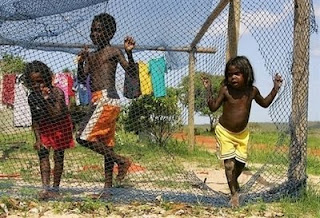 The study focused on two Aborigine tribes in Australia, and found that even though both tribes lack words for individual numbers (the languages only have words to describe 'one,' 'two,' 'few,' and 'many'), members of the tribe nevertheless seem to have a sense for different numbers and counting. This conclusion was reached, for example, by banging two sticks together n times, and asking children to represent those n times with concrete objects.

I am no linguist, so I cannot speak to the linguistic ramifications of this study. From a mathematical viewpoint, however, it is certainly a good thing to hear, because it suggests that the ability to count is innate within all of us, independent (in a sense) of processes so natural that we take them for granted (e.g. language).

It is tempting to extrapolate broad claims from this, e.g. mathematics is so fundamental, we all have an ingrained understanding of it on a basic level. This may sound a bit insulting, however, to those who have struggled in their math career, and is also a bit unfair since we can't really extrapolate much about mathematics in general on the basis of this one study. However, the suggestion that such a fundamental mathematics principal is somehow innately wired into our brain hopefully will help persuade skeptics that, at least on some level, mathematics is not a black box - in fact, the theory is often developed from natural and intuitive principles, and is motivated by the desire to solve real-world problems.

At the same time, one hopes this news does not spell the end for Count von Count. Even though we apparently can count without the language to describe what we are doing, having the language certainly can't be a bad thing, can it? For his sake, let's hope not.